We have met the enemy; and it is us 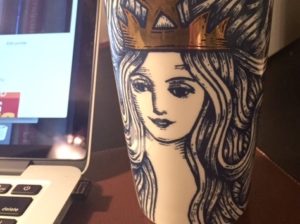 A smartly dressed woman was trying to interview a man for a contract position. I choose the word “trying” for a couple of reasons.

(1) Trying: as in attempting, endeavoring to, taking a crack at

She was trying to get information pertinent to the job in question. She probably wanted to know what skills, experience, and ideas he could bring to the table. She likely wanted to tell him a little more about the job itself, how it fits in with the overall goals of the department, why they need someone, why this company is a terrific place to work.

She could hardly get a word in edgewise. The guy was passing along information, yes, but he stopped listening after he heard the words, “Tell me a little something about yourself.”

The little something wasn’t so little, speaking strictly in terms of time and space. He yammered on about his past in admirable detail – even talking louder to shut her down when she attempted to divert the conversation (he had an anecdote to finish).

I went from half listening to full-on listening – the way you notice movement out of the corner of your eye, then full-on stare when you realize that’s a zombie eating a deer.

This guy was clearly affable, and clearly talking about his favorite subject in all the world: himself. He was pretty good at it. Articulate, knowledgeable, even a little charming.

That said, all the bon mots in the world don’t mean a thing when you see the shutters going down. And I literally watched her reach up and slowly close her laptop. I knew it was all over but the crying.

She did finally get to speak, but by then all she had for him was a few non-descript generalities. Then she thanked him for his time and began gathering up in earnest. She was… Very Polite.

Watching my zombie friend, I could tell he was clueless about the whole thing. He seemed generally pleased – possibly assuming he’d made a terrific impression because he got to say So Many Important Things.

However, I suspect he’ll find a politely-worded ‘Dear John…’ in his email in-box. Perhaps he’ll be disappointed, and wonder why, since the interview seemed to go so well.

I saw a funny comic bit on the “Me Monster” – I laughed until I cried.

It’s so funny because it’s so true – that Me Monster wants to gobble everything in the room. We all have it in some way, shape, or form (for some, the monster is shyness – but it’s still a ‘Me’). We just need to aware of it and tamp it down when interacting with others.

There’s this whole “talk and then stop” cycle that works well in the civilized world. If you’re not naturally intuitive, you can train yourself to stop and listen. Otherwise, you might end up being like a zombie mindlessly consuming space and time.

And this can be a problem – because everyone knows zombies are crap at interviews.