Open office is more like a proverbial open can 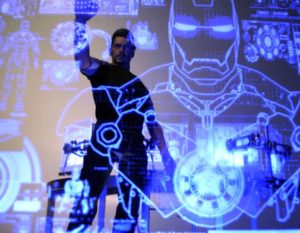 I was skimming through headlines and saw this increasingly familiar one: “Your open office plan can make you ill” – and I thought, they don’t know the half of it.

Even 4 years ago, studies were showing that people are sick of open office work environments – not only because they are at higher physical risk of various infections, but also at risk mentally and emotionally because of environment stresses, like “being exposed to ‘irrelevant sound’ and the ‘lack of visual privacy’” to name just a couple.

Here’s the thing – utopias never ever pan out

Open office plans became all the rage (double entendre intended) a few years ago, the ripple effect of some utopian idealist who decided that walls were fascist. This is stupid, of course. That same utopian designer (cough cough, Frank Lloyd Wright, cough cough) also designed a beautiful chair that would tip over when people actually sat in it. The point is that things in theory and things in reality are often quite different. That’s why communism failed. That’s why we have this little thing called prototype testing.

I read a tweet last year that expressed these sentiments: “I’ve yet to meet an executive who doesn’t think open offices are great, and I’ve yet to meet an employee who thinks they are.” Executives aren’t out there trying to get their work done in the hive. They’re still safely ensconced behind nice thick walls with polished mahogany and stainless steel everything. So, still fascist.

Utopian, trendy, and allowing for the free flow of ideas and communication… bah. It all sounds like marketing propaganda for the masses. Proponents disguise their motives with industrial chic (overdone to the point of charring) and mid-century space age (soooo 5 minutes ago) furniture and lighting, but the heart of this is pure, unadulterated greed. Everyone knows you can cram more people into a smaller space if there are no walls. (And here’s a thought – remote work provides all kinds of private office space at no cost to the employer.)

I’ve done both: had a private office and worked in an open office environment. And it’s like Mae West once said, “I’ve been rich, and I’ve been poor. I prefer rich.” I liked my door. I loved my door.

I’ve always been a writer type, and having a door meant sometimes I could close it when on a roll or needing to concentrate on some difficult research. To the uninitiated – writing and research are things that require concentration. You do some things best in a quiet environment. Like study. Like brain surgery. Like blog writing.

That gorgeous sound of silence

One article I read quoted a study at the University of California which found that office workers get an average of 11 minutes to focus before the next interruption. One expert even said, “If you need to focus, ‘work’ is pretty much the worst place you could be.”

So, about this open office business – let me state for the record: “I’m not a fan.” When I’m writing something from original research, it’s like I’m juggling all these pieces mentally (think of Tony Stark’s holographic computer). When I get interrupted, or overhear the latest raunchy joke from a co-worker (this is the sort of “free-flowing communication” that most often occurs), it’s like all those pieces of information shatter and fall to the floor. Yes, they can be gathered and tossed back up, but that takes time and mental energy – and you don’t always get the same mojo going.

For the love of ALL THAT IS GOOD, let us hope and pray this open office business will go the way of the dinosaur and Frank Lloyd Wright’s 3-legged chair. Again, for the record, I love looking at FLW designs. However, because his architecture is neither ergonomic nor comfortable I would never buy one of his houses. Even if I could afford it. Which I can’t. Which reminds me, I need to close my door and get back to work.